The black velvet sky studded with stars fills humankind with awe. From one side, stars are beautiful, unattainable and cold but from other side they saved the lives of brave travelers. Thankful people named stars and constellations, invented devices and tools to observe night luminaries, drew celectial maps and created atlases.
From the very old times humans were interested in things related to stars. Craving for unknown pulled inventors up - into Space. Devices similar to rockets appeared at the first time in the 2nd century B.C. in China. Now everyone can see them on holidays – it is fireworks. Science and technology made a big step to have an ability to design complex vehicles using jet propulsion just in the 19th century. The first man who deducted a formula of rocket velocity was Russian scientist Constantine Tsiolkovsky.
Later, the desire to win Space turned into the Space Race. Hundreds of people from different countries worked hard to invent and develop rockets, sattelites, space stations, robots which are capable to work in outer space and on other planets.
The first satellite - Sputnik, the first cosmonaut – Yuri Gagarin, the first robot on Moon - Lunokhod, the first space station – Mir – this is the list of Russian scientists and engineers achievements.
What will help humankind to subdue Space in the future? When will we be able to live on other plantes of Solar System? How will we reach nearst stars? You and me can help with all of this only!
The mission of World Robot Olympiad 2014 teams is to create and design robots which will assist to humankind in resolving different tasks in Space. 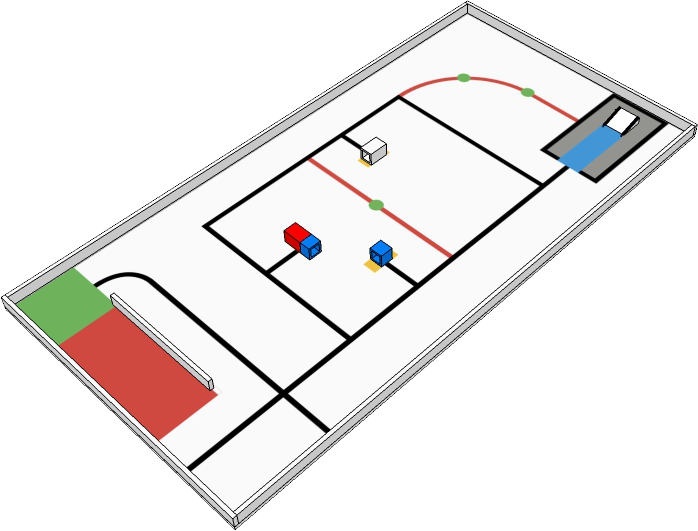 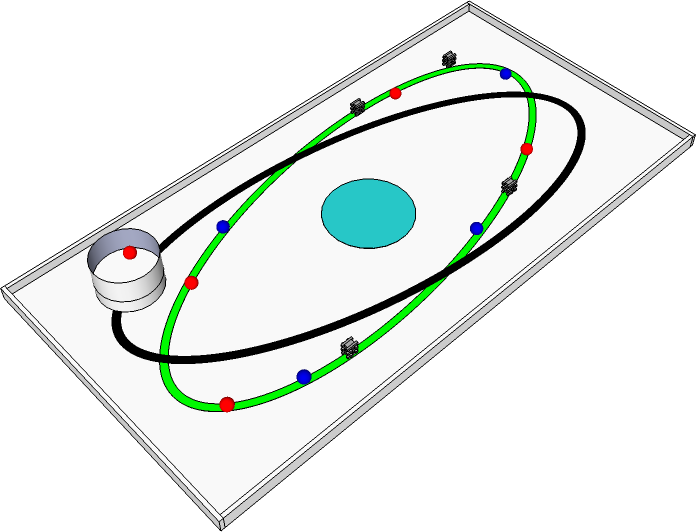 The mission of the robot is to collect all the Space Debris and Failed Satellites and to load them into the Factory Satellite. Valid Satellites must remain in the orbit. The robot must return in the Base zone (Earth) after compleeting the task. 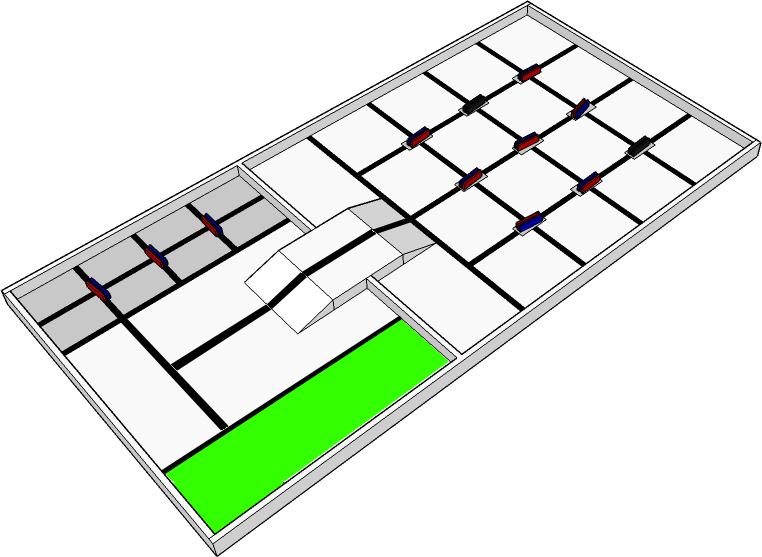 The robot begins in the Base area. The robot will have to pass through the Gate into Outer Space, check for bad Solar Panels (black color) and replace them with good ones from the Warehouse in the Space Station. The robot also needs to discover and activate inactive Colored Solar Panels. The robot must return in the Base zone after compleeting the task.