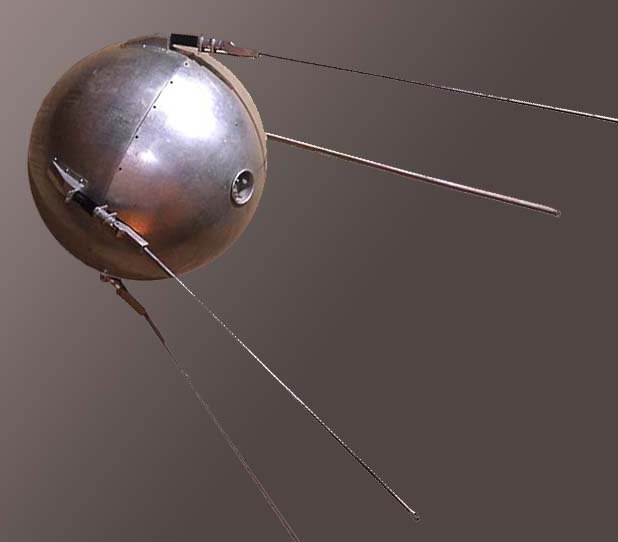 In 1957 Soviet Union made the first launch in the Sputnik program - the very first satellite designed and created by humankind. It was a 58 cm diameter polished metal sphere, with four external radio antennae to broadcast radio pulses. The era of space exploration has begun. Since that time hundreds of satellites continue to fill the space surrounding our planet and help people in solving every day routine. One satellite usually serves the needs of people for several years and then it goes down into the ocean or goes up to outer orbits and cannot return to the Earth. However a lot of crashes happen as a result of satellite collisions with other objects in the Space. Such kind of crashes leads to a large amount of debris polluting the near-Earth space. According to scientists there is more than 100 thousand of debris 1x1 cm in size weighing more than 5000 tons on the orbits 2000 km above the Earth. Considering all the tiny objects the amount of debris reaches 300 million. Meanwhile even the collision with 1 mm size element speeding up to 10-15 km/s is able to destroy the whole space station.

In order to resolve the space debris problem the area around the Earth should contain factories-satellites for collecting and recycling any kind of space debris. The factories could be completely automated and special robots will explore the Outer Space to discover artificial objects and distinguish satellites in service from real debris.

The mission of the robot is to collect all the Space Debris and Failed Satellites and to load them into the Factory Satellite. Valid Satellites must remain in the orbit. The robot must return in the Base zone (Earth) after compleeting the task. 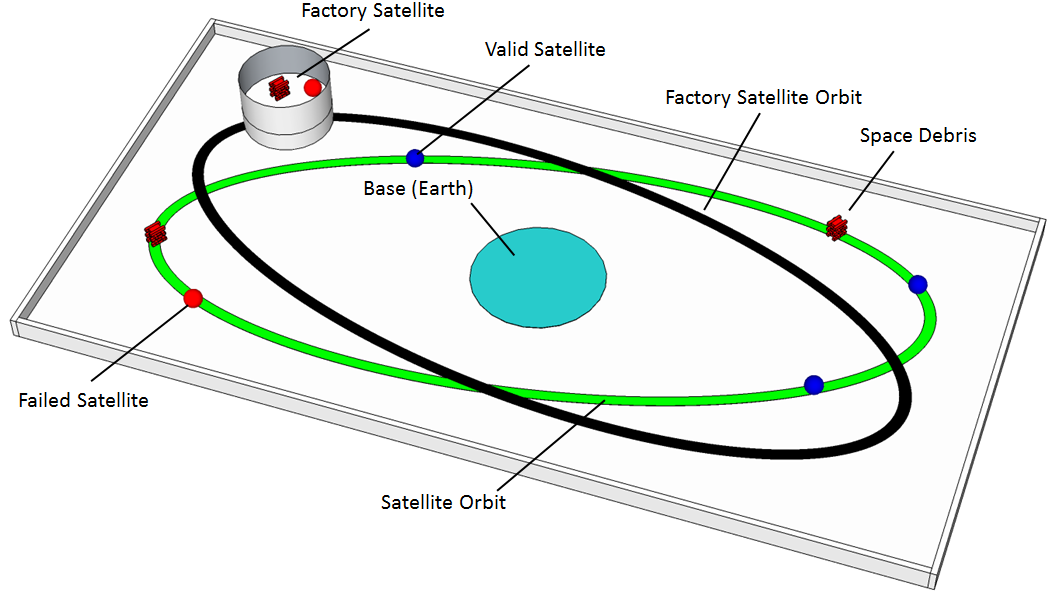